Are new builds really as good as they are portrayed to be? 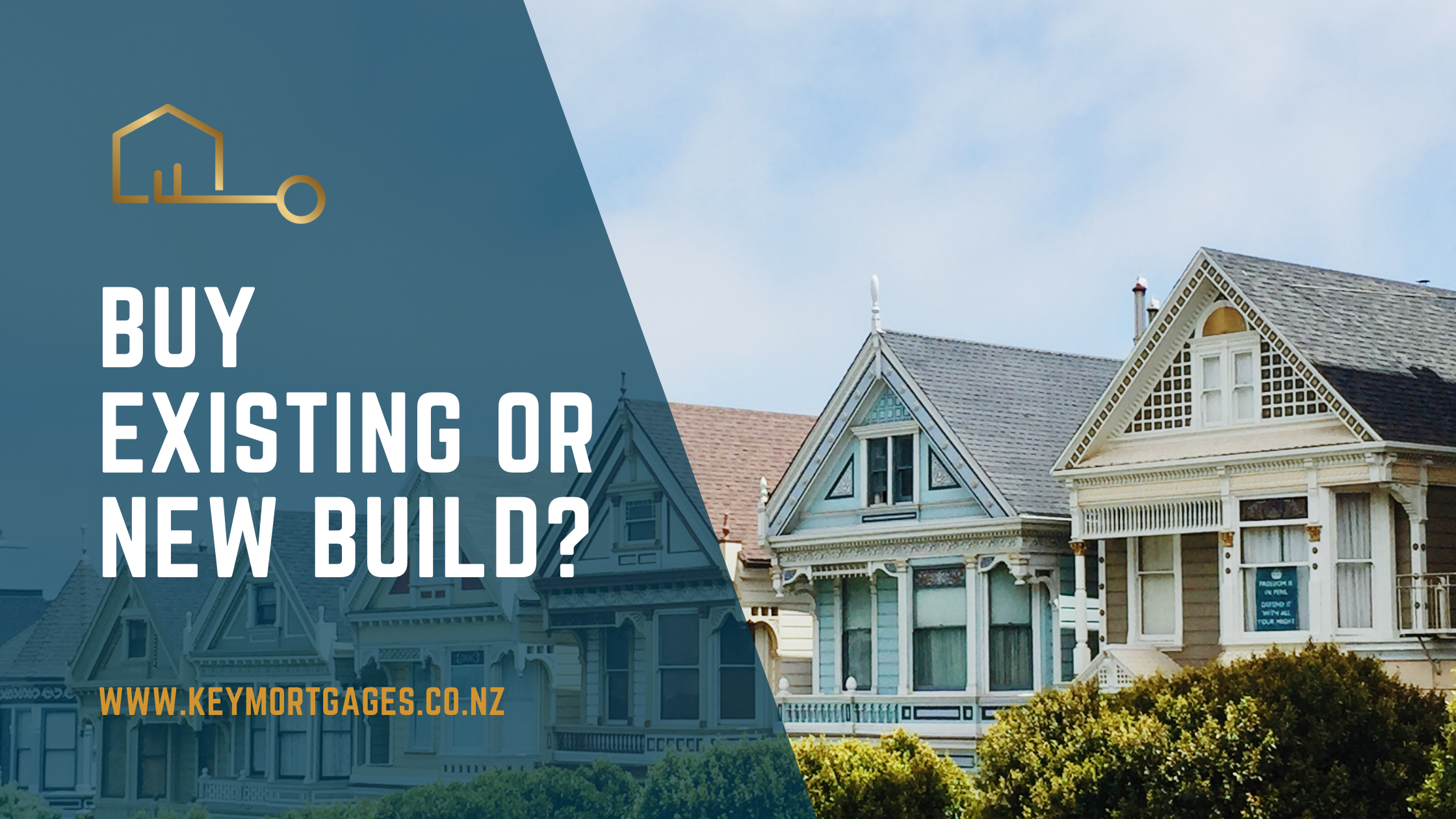 Since the 27 March 2021 government announcement about interest deductibility tax rule changes which was rushed through in two days, it seems everyone has now started dreaming about new builds. This comes despite skyrocketing prices, building supply shortages and some builders no longer offering fixed-price contracts. This heightened demand is not just from investors who are chasing favourable tax provisions. First home grants of up to$10,000 are offered by Kainga Ora to first home buyers buying a new home or land to build. Until recently some banks have been offering previously unimaginable low rates for new builds. Capital growth on new houses has traditionally held up better. Finally, millennials are starting families and are not wanting the maintenance burden of a quarter-acre section or an old villa. People just tend to like shiny new houses. The result – everyone is competing for the new builds.

This article takes an opposite perspective – are new builds really as good as they are portrayed to be. What is the bigger ecosystem in which this gold rush to new builds is happening?

"Will homeowners in the new subdivisions on outskirts of cities have to pay more later through increased rates, commute costs, potential increased fossil fuel costs, lack of community facilities, and economic decline in over expanded cities?"

The very obvious short-term financial advantages of newbuilds are undisputable. Let’s acknowledge from the start, it is better to have the extra $10,000 of government money in your pocket, paired with lower interest rates. And if you are an investor, you certainly would prefer to keep the tax money and enjoy positive cashflow. However, to try and pin the dollar value of the wider systemic risks of new builds is much harder. What are the future costs to our cities’ budgets, infrastructure, and to the natural environment? Having benefited in the short-term, will homeowners in the new subdivisions on outskirts of cities have to pay more later through increased rates, commute costs, potential increased fossil fuel costs, lack of community facilities, and economic decline in over expanded cities?

Very often bright logical people make the mistake of not looking at the bigger picture. It is easy to get down into spreadsheets, affordability calculations, cashflow projections, all while forgetting to check what is happening outside the financial sector. Since 2020 New Zealand is going through an unprecedented rate of changes, and not just related to Covid-19 or the housing market.

Houses are located in cities and towns. These homes are reliant on provision of services by the city, including water supply, wastewater, solid waste management, infrastructure, roading and other services. Economic health of individual cities has enormous impact on the local housing markets. When cities struggle, the local economy stagnates, residents flee, the rating base shrinks, services get worse, more people sell up and leave… and house prices drop as well.

New Zealand cities, specifically local councils are facing significant reforms at this time. In some regional areas there is significant uncertainty about what the future may hold and how councils will stay afloat after the impending reforms. Reforms currently underway include:

·      The Resource Management Act reform, with a new system expected to take a lot of consenting and plan-making work away from district councils.

·      Future for Local Government, looking at options to reshuffle the current functions and funding mechanisms between the local government, central government and governance organisations. The changes that could result from this enquiry might go as far as establishing unitary authorities throughout New Zealand, however information is limited at this time.

"Even in times of decline, infill development can continue in inner suburbs... The value of the land holds up much better over time than the value of capital improvements."‍

Amidst this uncertainty there is no certainty that the expanding cities would hold up their vibrancy and the ability to support the sprawling subdivisions. Significant research on sprawl in the USA[1],[2],[3]has shown that the traditional old city neighbourhoods have fared better during times of change, turmoil and economic hardship. International practice has seen entire towns go bankrupt, and as a result having to curtail services too outlying new subdivisions. Remaining population would retreat to well-established walkable inner suburbs. Even in times of decline, infill development can continue in inner suburbs. This is logical, because the value of the land holds up much better over time than the value of capital improvements.

"The Resource management reform proposes to consolidate district and regional plans into integrated plans and shift much of decision making from the consenting stage to the plan-making stage."‍

It has become traditional to blame difficulties with land development on the shortcomings of the Resource Management Act (RMA) 1991. This monumental statute has been the bible of New Zealand’s land use for over 30years now. The government is now fast-tracking a reform of the RMA, with the new Natural and Build Environments Act (NBA) expected to come to life in 2022. The exposure draft of the NBA makes it clear even at this very early stage that it will be a complete game changer. It foreshadows a switch from assessing adverse effects to assessing mandatory environmental limits and net positive environmental outcomes. The draft proposes to consolidate district and regional plans into integrated plans and shift much of decision making from the consenting stage to the plan-making stage.

With bi-partisan support for the RMA reform the overhaul of the resource management legislation is largely unavoidable. We have already seen this with the early roll out of the Medium density residential standards in New Zealand’s main urban areas (tier 1 cities). These standards are part of the intensification policies in the National Policy Statement on Urban Development, which will become integrated with the new NBA legislation. Importantly, it has been foreshadowed that the intensification rules could be rolled out in the future to tier 2 cities (such as Whangarei). Against the backdrop of housing market risks, this significantly props up the stability of inner suburb properties where infill development is possible.

Furthermore, significant climate change legislation is underway. Part of the RMA reform will include adoption of the Climate Change Adaptation Act. The goals include reducing reliance on fossil fuels, promoting more sustainable compact urban form and retreat of infrastructure from coastal areas at risk of sea level rise. Some provisions of the RMA are being repealed on 31 December 2021 (sections 70A, 104E and104F RMA), and as a result councils can now consider the effects of climate change when deciding on resource consent applications.  The implications of decisive climate change policy direction are wide-reaching, but for the purposes of this article let’s point to the potential implications for new homeowners.

Since new subdivisions tend to lay on the outer reaches of cities, commutes are longer. This means owning usually two or more vehicles per family in order to get around. The government has already given a taste of things to come with the Clean Car Discount “ute tax”. If similar changes are rolled out to all petrol vehicles (which would be the intention of the climate change reform movement),this would not only increase household transportation bills, but could translate to a drop in land values in remote subdivisions and satellite towns.

"Cities may well struggle to maintain expanses of sprawled infrastructure"

When a developer completes a subdivision, the infrastructure becomes vested in the local authority. That’s all great when the roads and pipes are new, but in 10, 15, 20 years all this will require maintenance. If planning policy changes due to global economic trends and climate change, cities may well struggle to maintain expanses of sprawled infrastructure. Finally let’s not forget rates and the fact that councils have the ability to apply targeted rates to parts of town. It is not hard to imagine, that a struggling city could increase rates on outlying subdivisions to pay for the upkeep of the infrastructure.

The above discussion of course is not an attempt of a gloomy prediction of the future of the housing market. Rather, this is just an attempt to zoom out and look at the bigger picture risks associated with building our cities out. In the recent decades urban planning has wholly switched to advocating building up rather than out. Compact, walkable, low-impact cities are a planner’s dream. Is it the solution though? Are there other social, cultural, technological and other pieces to add to this puzzle? Share what you think.

Disclaimer: This article is an opinion piece and should not be taken as advice. The purpose of this article is to inspire conversation. This article does not represent the views of Key Mortgages. If you have questions related to your specific situation, please seek individual professional advice.

With usually negligible break fees, should you take advantage of interest rates currently lower than inflation

We sometimes get clients where the odds are stacked against them. The determination for these first home buyers, combined with some key advice got their dream home.

Make the most of rating valuations

Every three years local authorities (councils) revalue all properties within their district or city. Taking some time now to understand your rating valuation and ensure it is accurate is a chance put yourself in the best position to achieve highest potential market valuation when it’s time to sell.

Why use a mortgage broker

A mortgage adviser can offer a wider range of services than a someone at the bank, and continue providing support well beyond the approval.

How can we provide the best advice for free?

Key Mortgages provides financial advice about getting a mortgage, refixing and refinancing a mortgage and achieving your financial goals related to mortgages and usually at no cost to our clients.